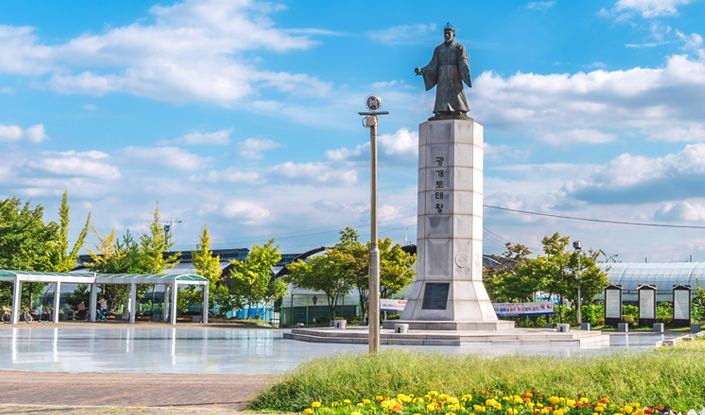 Grest King Gwanggaeto's Monument was established by Taewangreung in Guknae Castle in September of the 3rd year of King Jangsu, two years after the Great King passed away. 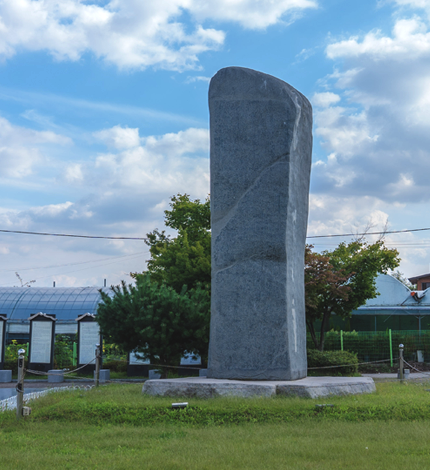 The epitaph consists of 44 lines of 1,775 characters and is known as the best historical resource that tells us much about the history of Goguryeo.

This statue reproduced the appearance of Great King Gwanggaeto of Goguryeo who conquered a large part of East Asia.

He is in his 30s and wearing the crown, holding in his right hand an egg with the engraving of three-legged crow(samjogo)which symbolizes the Sun.